Can somebody take the law into his/her own hands? 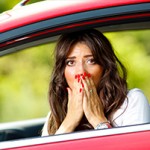 Angela, a normal middle-aged woman with a basic salary has just landed herself in a load of trouble, which could possibly cause her not to go on holiday to Mauritius with her family in December. Angela went to the shop to buy bread before fetching her teenage son from school. As she opened the car door the typical Cape Town wind slammed the door into the passenger door of the car parked next to her, leaving a big dent. What to do? Can she just ignore the incident and park her car in another spot? Isn’t that what most people would do?

In the case of S v Mpho Vincent Mutobvu 2013 (2) SACR 366 (GNP), Mr Mutobvu reversed his motor vehicle from a parking bay when he scratched another parked vehicle. He thought the other vehicle was not damaged and therefore drove home. Unbeknown to him, a security guard observed the incident and took down his car’s registration number. The complainant tracked Mr Mutobvu through his registration number and contacted him. She informed him that she had already reported the matter to her local police station. He inspected her vehicle, and conceded that he was responsible for the damage and paid R6 000 for her car to be repaired. She then went with him to get the charge withdrawn. They were told that he had to pay R500 before the charge could be withdrawn, which he accepted to be his “fine”. Mr Mutobvu was under the impression that this was the end of the matter.

Shortly after the incident Mr Mutobvu had an interview for a new job at a mining company. It was then that he was informed that he could not get the job on account of his criminal record. What criminal record? He went to the Criminal Records Centre in Pretoria and was informed that what he had thought was a R500 fine, was actually an admission of guilt in terms of Section 57 of the Criminal Procedure Act 51 of 1977. Mr Mutobvu had admitted to the contravention of Section 61 (1) (a) of the National Traffic and Motor Vehicle Safety Act 93 of 1966 – failure to stop after an accident. His criminal record would only be expunged after 10 years. Mr Mutobvu then applied for a special review as he knew he did not deserve this 10-year criminal record.

“In such cases the question must always be whether there are considerations of equity and fair dealing which compel the court to intervene to prevent a probable failure of justice. There must be evidence before the court showing the likelihood of such inequity, should it not intervene. A court must be satisfied that the admission of guilt was probably mistaken or incorrect and the accused or other person deposing on oath on his behalf must give a satisfactory explanation as to how the admission of guilt came to be mistakenly or erroneously made. Good cause must be established for condoning the error or mistake in making the admission of guilt. It must be established that, were the charge to go to trial, the accused would have a probable or arguable defence to the charge and that his deemed conviction or sentence is, accordingly, probably not in accordance with justice.”

Mr Mutobvu stated that he did not have any legal representation when he unknowingly admitted to the guilt charge which resulted in the criminal record. He also stated that he had paid the damages and that the complainant had accepted that the charge be removed. The court stated that “in all circumstances, I would set aside the payment of the admission of guilt fine and subsequent conviction and sentence and order that the fine paid be refunded to the accused”. Mr Mutobvu’s criminal record was erased and the R500 that he had to pay was refunded.

A criminal record is not something that people should take lightly. The first charge may not land you in jail, but it puts you in many other awkward situations. If Angela decides to drive away from her accident, she could also have a criminal record and that means no Mauritius holiday for her. Anyone with a criminal record will not be able to leave the country as they are seen as a danger, and it is almost impossible to find suitable employment. Something as simple as a car dent could change your entire life. My advice to Angela would be to wait for the owner of the vehicle or leave a note with her insurance details. Her situation is like a television license: pay it, it’s the right thing to do!