What to do after a car accident? 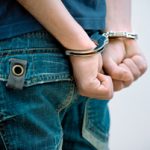 In any court case when a person is arrested, the accused person remains to be presumed not guilty until the court finds such person guilty.  In our law no one may be detained without trial. If an accused is arrested, he or she is normally kept in prison or the police cells till the trial is finalised to ensure the presence of the accused at court.

If the person wishes not to be imprisoned pending the finalisation of the trial, he or she may apply to the court to be released on warning or on warning with some conditions attached or on bail (with or without conditions).  Bail is the sum of money paid to the court or to the police. Bail is granted more readily when the accused is not a flight risk and can easily be found by law enforcement agencies. There is usually bail conditions set by the presiding officer that the accused must comply with.

What information should be obtained from the accused once s/he has been arrested?

Where can a person apply for bail?

The accused or his/her legal representative can apply for bail at the police station before the accused’s first court appearance, or at court.

What should a person do if bail is granted at the police station?

If the prosecution does not oppose the granting of bail, it does not automatically mean the court will grant bail. The court still has a duty to weigh up the personal interests of the accused against the interests of justice.

It is important to note that any person who has been released on bail and who does not, without good cause, appear at court on the due date, remain in attendance until the proceedings are complete, or who fails to comply with bail requirements, is guilty of an offence and will be liable to a fine or to a term of imprisonment not exceeding one year.

Should South Africa allow a right of appeal from Small Claims Court?

The Cannabis Judgment: Is it legal now?

How and when to use the Small Claims Court?