Can I bring my attorney with to an internal disciplinary hearing? 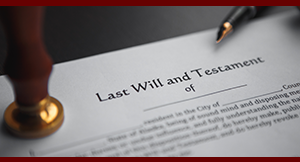 Who can institute a claim?

A trust is not a legal person and cannot litigate in its own name. The trustees play a vital role in any litigation in which a trust might be involved. There are three overriding principles regarding trust administration:

Section 6(1) of the Trust Property Control Act (the Act) determines the following: “any person whose appointment as trustee in terms of a trust instrument, section 7 or a court order comes into force after the commencement of the Act, shall act in that capacity only if authorised in writing by the Master”. In Watt v Sea Plant Products Bpk, Judge Conradie interpreted this section to mean that a trustee may not, prior to authorisation, acquire rights for, or contractually incur liabilities on behalf of the trust”. Thus, a trustee can only contract and institute legal proceedings in his/her capacity as trustee once a letter of authority has been issued by the Master of the High Court.

In Nieuwoudt v Vrystaat Mielies (Edms) Bpk), an agreement was held to be invalid and unenforceable because the trustees had not acted jointly nor reached a unanimous decision. The conclusion to be drawn from this is that trustees must act jointly when entering into contracts or when instituting litigation.

Should all the trustees be joined in an action to enforce a right of the trust?

In Khabola NO v Ralithabo NO, the court quoted the general rule regarding locus standi as follows: Any person who has a direct or substantial interest in the matter has the required locus standi to institute legal proceedings. The learned judge found that the underlying contractual relationship between trustees could be equated to a partnership.

In Bonugli v The Standard Bank of South Africa Limited, the court referred to section 5 of the Act which determines that a person whose appointment as trustee comes into effect after the commencement of this act, shall furnish the Master with an address for the service upon him of notices and process and shall, in case of change of address, within 14 days notify the Master by registered post of the new address. The cause of action arose in Johannesburg, and one of the defendants (a trustee in his representative capacity) was resident in Australia. The address which was used in the summons was the address given to the Master in terms of section 5 of the Act. A special plea with regards to lack of jurisdiction was raised, but the Cape Town High Court found that it had the necessary jurisdiction to hear the matter.

There are considerable differences between a partnership and a trust, but with regards to jurisdiction the general principles applicable to a partnership can also be applied to a trust – namely considerations of convenience and common sense for its conclusion to entertain a claim. The Cape Town High Court had jurisdiction to hear the Bonugli matter because the first defendant was resident within its jurisdiction, and because the address listed in terms of section 5 of the Act was within the jurisdiction. Considerations of common sense and convenience also required that the court should adjudicate the issue between the plaintiff and all the defendants. It would have been impractical to institute a claim based on the same set of facts in two different courts, because the trustees were resident in different courts’ jurisdictions.

There remains some uncertainty regarding which court should have jurisdiction to hear a claim instituted by a trust or a claim against a trust. There appears to be three possibilities in this regard: Firstly, if the Bonugli judgment was followed, the residency of one trustee should be sufficient to establish jurisdiction. Secondly, the address provided in terms of Section 5 of the Act could be used to establish jurisdiction. Thirdly, the court where the trust’s principle place of business is situated could have jurisdiction. Hopefully the position regarding which court has jurisdiction to hear claims instituted by a trust or against a trust will be properly aired in the courts soon, to provide more certainty regarding this aspect.

The admissibility of opinion evidence