Arbitration: What you should know

The basics: Creating your will

Arbitration: What you should know 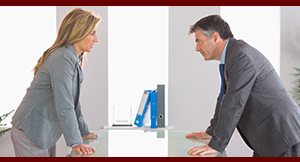 By agreement between the parties or when so directed by the Director or a Senior Commissioner, the parties to the proceedings must hold a pre-arbitration conference to-

Do I need to be represented by a lawyer in an arbitration?

Although this is a matter for you to choose for yourself, we must strongly emphasise the importance of making use of a legal representative. A lawyer will have the knowledge to draft papers correctly, understand the legal technicalities of the issues in dispute and grasp the requirements of the process.

The Secretariat often finds itself spending enormous amounts of time attending to endless communications and queries from unrepresented parties. Such parties may also have unrealistic expectations or have a misunderstanding of their legal position in these circumstances, which can lead to frustration for all sides, and wasted time and costs.