Tips for renting out your property 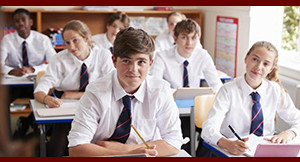 Private schools in South Africa are essentially autonomous in how they govern and operate.  But does this entitle private schools to operate to such an extent that they regard themselves above the law?  A father in Durban sued a private school for victimising his son as he was in arrears with his school fees. This groundbreaking judgment recently handed down, gives private schools “food for thought” as to how they operate.

The background of this case, inter alia a minor child attended a private school in Durban. In and during the first few months of 2016, the parents of the minor child fell into arrears with the school fees. Between January 2016 and February 2016, there were letters and telephone calls from the school, demanding payment from the parents. The parents pleaded to the school for leniency and to afford them time to pay their arrears, as they were experiencing financial setbacks. The school did not accept this excuse and confirmed that they will not accept repayment terms and requested the full settlement of the arrear amount, failing which, the minor child would not be able to write the upcoming exams in May 2016. Although the parents pleaded with the school to allow their child to write the exams and that they will settle the fees by end of May 2016, the principal refused to negotiate any repayment terms. Subsequently the minor child, in terms of the school’s exclusion policy, was asked to sit in the art room while the rest of the children wrote the exams.

The father brought the application in the Kwa-Zulu Natal High Court citing the school and the principal as first and second respondent respectively. In his application, the applicant requested the Court to declare the exclusion policy, practised by the school, as unconstitutional.

The first and second respondent argued that it had no option but to implement the exclusion policy, as the applicant was not paying the school fees, which was required for the school to operate. The respondents further argued that the applicant did not need to enrol his child in a private school if he could not afford the fees, as there is the option of the public schools. It was further argued by the respondents that they exercised the exclusion policy rather than institute legal action, in order not to incur legal costs.

Should the second respondent have applied the contractual obligations that existed between the parents and first respondent, to enforce payment of the school fees, rather than subject the minor to the exclusion policy, which victimised, degraded and humiliated the child? But the biggest question is, aren’t private schools independent, which then consequentially are above the operations of the South African Schools Act or the Constitution?

After considering both the applicant and respondents’ arguments, the Court concluded that there was a valid contract between the applicant and the respondents. In terms of the signed contract, the first respondent had the necessary right to proceed with legal action against the applicant for non-payment of fees, which it should have exhausted first before taking any other steps!

The Court went on to say that a fair procedure must be followed. While it is understandable that schools, be it private or public may be allowed to exclude students, a correct and fair procedure must be followed. When making the decision to exclude a child, the schools’ representatives must bear in mind the best interest of the child, regardless if it is the child’s conduct or the parents’ conduct. It is not a necessity that parents must enrol their children in private schools and there are no rules and policies that restrain parents from doing so. One would assume that the parents consider the financial aspect first before enrolling their child in a private school. But parents’ financial circumstances can change, and private schools should be reasonable and have empathy to these changes and guide parents through this difficult time without victimising the child, as it is not the child’s fault as to the parents’ change in financial position. Time should be given to the parents to seek alternative solutions to the problem, e.g. change schools, make arrangements for a payment plan etc.

Thus, private schools and even public schools must always remember, that they are there to protect our children and not cause them harm or humiliate them. Our children are the future leaders of our country and should be led by example.

Should the Constitutional Court ratify this ruling, approximately 760 private schools around the country will be impacted. We wait to hear.

The admissibility of opinion evidence