My neighbours are renovating their house without complying with building regulations. What are my options?

Proposed harsher penalties for applicants who lie on their CVs

Thinking outside the box in your business

My neighbours are renovating their house without complying with building regulations. What are my options? 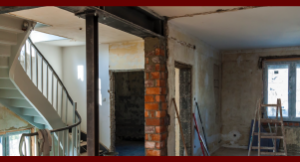 What one’s neighbour builds on their property, is not something the owner of the neighbouring property has a lot of control over. Unfortunately, it can have a negative impact on your property if the building work completed on your neighbour’s property does not comply with building regulations. Furthermore, it can be aesthetically displeasing, and be a sore eye to your property. Is there anything you can do in terms of the law to assist you in situations like these?

Buildings not complying with building regulations:
In the context of increasing state regulation, the adjudication of neighbour disputes about building has now apparently mostly migrated from the private law context of reasonableness to the public law context of legality. One consequence of this shift is that any building, first of all, has to comply with statutory and regulatory requirements before there could be any question about the reasonableness of any impact it may have on neighbours. Building works that do not comply with the applicable formal requirements (including permission to develop or subdivide, removal or amendment of restrictive conditions, compliance with zoning restrictions, and approval of building plans) are illegal regardless of their effect on neighbours.

To have these building works declared illegal (to have building work stopped or to have the completed building work demolished), neighbours do not have to prove that the buildings are unnatural, abnormal or unreasonable in the context – the mere fact that they do not comply with the formal requirements is enough to render them illegal. Building and zoning regulations are normally enforced by the relevant local authorities, but if they fail to do so, it has been decided that neighbours have the necessary locus standi to apply for a court order to enforce compliance with the relevant laws and regulations.

Remedies
The local authority or neighbours can obtain an interdict to stop the building work and – at least in some instances – an order to have the illegal buildings demolished.

It has been decided that the courts have the discretion to award monetary compensation rather than order demolition, but recently the courts have repeatedly stated that they will not be precluded from handing down demolition orders simply because buildings have been completed or because of the cost or value of completed building works or the hardship that the builder would suffer if a demolition order was granted.

In De Kock v Saldanhabaai Munisipaliteit , the applicant argued that the building plans approved with regard to neighbouring land had to be reviewed and set aside because the building, once completed, would allow the neighbours to see onto his property, thereby invading his privacy. The application was dismissed because the court found no indication that the local authority had failed to apply its mind or to consider the relevant legislation and regulations in approving the plans. The implication seems to be that a landowner does not have an independent, inherent right to oppose building works on neighbouring land that would afford a view onto his property.

Building work which is only aesthetically displeasing or cause a loss of privacy, but adheres to all municipal regulations, will not constitute an actionable cause of action. The rationale behind this is because of the subjective nature of aesthetic considerations – what bothers one neighbour will not bother the next. Therefore, a neighbour’s remedies in this regard are very limited.

The (high) rise of the sectional title

A two-way street that ensures a reliable investment