Stay ahead of the game with these documents 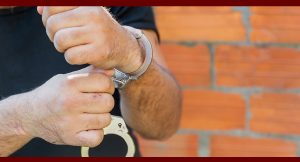 Bob Hewitt a former South African tennis star, has recently made headlines again after his failed bid to be released on parole. Hewitt was initially granted parole, but Justice Minister Ronald Ramola ordered that the parole board’s decision be reviewed. Hewitt’s parole was subsequently set aside. Hewitt’s parole fiasco has put parole back into the public spotlight and this article will thus briefly discuss what parole is, when an incarcerated person can potentially qualify for parole, and which factors must be considered during a parole application.

Section 73(4) of the Correctional Services Act 111 of 1998 makes provision for prisoners to be “placed under correctional supervision or on day parole or on parole before the expiration of his or her term of imprisonment.” Such an early release will be subject to conditions of community corrections as set out by either the parole board or a court. The objective of setting such conditions “are to enable persons subject to community corrections to lead a socially responsible and crime-free life during the period of their sentence and in future”.[1]

Prisoners with determined sentences can be divided into two groups for the purposes of a parole discussion. The first group are those who have been sentenced for a determinate period and where the court has stipulated during sentencing proceedings that a certain part of the sentence will be a non-parole period. An example is when a convicted person is sentenced to 15 years imprisonment and may only qualify for parole after having served 5 years of the imprisonment period. The second group of prisoners with determined sentences are those where no non-parole period has been stipulated. Section 73(6)(a) states that these prisoners may only be considered for parole after having served at least half of the sentence as imposed by the court. It must also be noted that any prisoner who has served 25 years of imprisonment must be considered for parole, regardless of how long the sentence period is.[2]

There is no standard set of factors which are considered by a parole board when considering whether or not to release a prisoner on parole. These factors may include the following:

The board may also consider the opinion of those who were the victims of the convicted person’s crimes.

The decision of a parole board can also be taken on review. Section 76 of the Correctional Services Act makes provision for a Correctional Supervision and Parole Review Board. This board has the power to either confirm the decision of the parole board or to substitute it with any decision which the parole board should have made. The Correctional Supervision and Parole Review Board must give reasons for its decision. It is also important to note here that a court can intervene in instances where an imprisoned person has met all the requirements to be placed on parole but has not been so placed.[3]